As you know, our MD, Tim, is a keen motor racer. This year, we’ve been following his progress in the Britcar meetings. Towards the end of the season, with only two meetings left, Tim needed only 31 points to finish ahead of Paul Calladine for the Class 4 title.

The first meeting at Oulton Park in October, which was a normal driving format, saw Tim amass 45 points from a third and second in class, giving him the Class 4 title.

The overall championship was still up for grabs, and November saw Tim drive two night races: a one-hour race the first evening and a two-hour one the second evening. 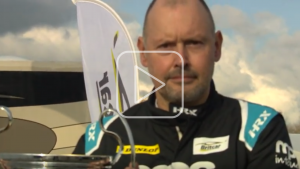 Watch the last meeting of the season

With Paul Baily and Andy Schulz’s Ferrari 488 leading the overall championship early on, and Tim standing at second going into the races, there was a possibility of Tim claiming the overall title. But, only if the 488 failed to finish in at least one of the two races.

Paul Baily had spent a few laps in the gravel trap at Oulton and spun off early in race one at Brands Hatch, giving Tim some hope. Whilst he managed to get going again, he handed over to his seasoned pro driver, Andy, having driven the car for the absolute minimum time allowed in a two-driver format. Andy repaired the damage, made up the time and posted the result.

Tim posted a first and second in class, which is an excellent result. Tim’s goal at the beginning of the season had been to win Class 4, which he did with aplomb – second in the overall classification was a huge bonus.

Tim was the only single driver entry in the top 10 general classification, having driven the full duration of every race himself without the support of a pro driver. 16 races, 16 finishes and 14 podiums including 2 class wins.

What a brilliant season!