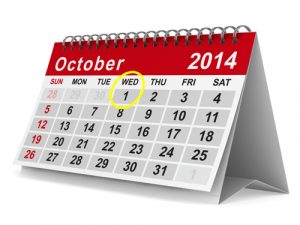 Changes to Local Dialling in Some Areas

From 1st October 2014 the way in which local numbers are dialled in five areas of the UK is changing in order to release more numbers as supplies are running low.

From 1st October 2014 you will no longer be able to dial a local number in these areas without including the area code.

Ofcom administers the UK’s telephone numbers and are trying to ensure that sufficient numbers are available to allocate to communications providers (‘CPs’) so that they can provide a choice of services to local residents and businesses.

Geographic telephone numbers are an increasingly scarce resource and Ofcom allocate these numbers in large blocks to CPs. Although the quantity of geographic numbers that CPs already hold in total exceeds likely demand from end-users, individual CPs nevertheless need new allocations of geographic numbers from time to time.

Ofcom forecasts of CPs’ demand shows that, unless they take action, they risk running out of geographic numbers to allocate to CPs in some areas, including the five areas set out above. While this does not present a direct risk to the availability of numbers for consumers’ use, a lack of number blocks for allocation to CPs could restrict the provision of services and deny local consumers the full benefits of competition.

How does this affect you?

If you are in one of these areas and have any local numbers programmed in system or individual speed dials without the area code at the beginning (plus a 9 if needed), you will need to update them before 1st October 2014.