The UK Government has approved the use of Huawei apparatus at the edge of the UK 5G network.

What’s it all about, why’s it so important, what can we expect and when?

Why is 5G important?

It’s 40 to 100 times quicker than 4G and much more robust due to lower latency and jitter. Latency is the delay before the transfer of a data packet begins, following an instruction for its transfer. Jitter is the variation in the latency on a packet flow between two systems when some packets take longer to travel from one system to the other. Latency and jitter cause poor network performance and compromise the quality of real-time communications, such as voice, video and other time-critical applications, partially or completely dependent upon severity.

5G will, therefore, improve current user experiences such as data upload/download, search, chat, audio, video and streaming. In turn, this improved performance in current applications should help drive increased business efficiency and productivity. This is just the tip of the iceberg though.

The Internet of Things (IoT) is a system of interrelated computing devices, mechanical and digital machines provided with unique identifiers (UIDs) and the ability to transfer data over a network without requiring human-to-human or human-to-computer interaction, often controlled by smart devices, such as smartphones in a consumer environment, whilst applications extend across almost all types of business and transactions.

In the consumer space, IoT is best known in the “smart home” today, with developments in the “connected car” never far from the news. In the business space, there are a myriad of applications around manufacturing, farming, logistics, and so on. The potential is huge and dependent upon the network capabilities of 5G. The effect of latency and jitter on a connected car could be catastrophic, for example.

IoT Analytics has estimated that 5G technology will enable the number of IoT devices in use globally to increase from around 8 billion in 2019 to 22 billion by 2025.

What a dilemma this has been for Boris Johnson and the UK Government. The USA has said that Huawei is such a high-risk supplier it should play no part in our networks at any level, and that should the UK or any other member of “Five Eyes” use Huawei kit, then trade deals and intelligence sharing may be compromised. “Five Eyes” is an anglophone intelligence alliance comprising Australia, Canada, New Zealand, the United Kingdom, and the United States, and it appears all, but the UK, accept the US position.

The dilemma for the UK is that Huawei is already widely used in our existing networks. In addition, the cost and technological superiority of Huawei 5G infrastructure is such that not using Huawei would mean a 5G rollout being delayed and far more expensive than would otherwise be the case. Contrary to the US position, UK data experts at GCHQ believe the sensitive core of the 5G network can be protected from the network edge, where Huawei kit would be deployed and, as such, risk can be managed.

On the 28 January 2020, the UK Government announced that Huawei equipment can be used in the UK’s 5G mobile network infrastructure, but with restrictions on where and how it’s deployed; only allowing it to account for 35% of deployed equipment and only in a network’s periphery or edge. Essentially masts and transmission links.

What do the main UK mobile operators think about Huawei?

We spoke to O2, EE, 3 and Vodafone to get their perspective.

O2: “Nokia and Ericsson are our primary Radio Access Network (RAN) partners and we’ll continue to develop our 5G network with them to more locations across the UK with minimum disruption. Huawei kit makes up less than 1% of our owned network infrastructure. However, the Government’s decision does offer more flexibility. O2 will be engaging with the government to understand the implications of their decision in relation to our network, and the wider industry.”

EE: “This decision is an important clarification for the industry. The security of our networks is an absolute priority for EE, and we already have a long-standing principle not to use Huawei in our core networks. While we have prepared for a range of scenarios, we need to further analyse the details and implications of this decision before taking a view of potential costs and impacts.”

3: “We are glad to have some clarity on the matter. This decision does not impact our 5G roll out in the medium term, which will continue apace. We will pursue a dual-vendor strategy as our network builds out.”

Vodafone: “Vodafone notes the UK Government’s decision to impose restrictions on the use of Huawei equipment in 5G networks. While Vodafone UK does not use Huawei in its core, the intelligent part of the network, it will now analyse the potential impact of this decision on the non-core elements of its network (masts and transmission links). Vodafone UK uses a mix of Huawei, Ericsson and Nokia equipment for its 4G and 5G masts, and we continue to believe that the use of a wide range of equipment vendors is the best way to safeguard the delivery of services to all mobile customers.”

When will 5G be available?

In some places it’s here already and in many others it’s planned.

Click on the logos to understand the position with O2, EE, Vodafone and 3 together with network availability checkers. 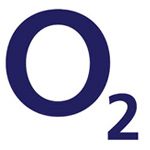 Are there many 5G smartphones available?

There is a limited choice at the moment whilst there is availability of models from Samsung, LG, and others.

How can MPS help?

At MPS we manage mobile connections of all descriptions across all the main UK networks.

We can provide whatever level of advice, fulfillment, project management, and support might be required.

How to build flexibility into your mobile estate
1st February 2021

Going hybrid: building on what lockdown has taught us about work
18th January 2021